We’ve known about the art book for quite a while now, but have been waiting to get more details before posting about it. Unfortunately, it seems that information is not forthcoming, so with the change in release date and the listing of tie-in novels, we have decided to just go with it.

First, the ‘Art of’ book was originally listed for release during the same week as Arkham Knight. We aren’t sure whether this has actually changed or if the date was just changed by Amazon (you know how fluid these things are by now, we’re sure).

Personally, I can’t wait to see the gorgeous work of Kan Muftic and Carlos D’Anda printed in glossy coffee table book format. I may even buy a coffee table just to display it.

The official novelisation and ‘Riddler’s Gambit’ however cropped up on Amazon this week.
Again, we have no details on these other than a confirmation that they are real and that Marv Wolfman (yes, Marv freaking Wolfman!) is writing the novelisation of the game.

Seriously. Marv. Wolfman. As many older (and well-schooled younger) bat-fans can attest, this is awesome news.

Check out the details that we have and click the titles to preorder below!

Daniel Wallace is the author of many books, including “The Joker: A Visual History of the Clown Prince of Crime,” “Batman: The World of the Dark Knight,” “Star Wars: The Jedi Path.” and “Book of Sith.” He currently lives in Minneapolis.

THE OFFICIAL PREQUEL TO THE MOST EAGERLY AWAITED GAME OF 2015 — BATMAN: ARKHAM KNIGHT! The Joker’s death has left a void in the Gotham City underworld; a void the Riddler seeks to fill in the deadliest way possible. Creating a path of death and destruction, the criminal mastermind places Batman and Robin in an unwinnable scenario, with the clock ticking down the moments to disaster.

THE OFFICIAL NOVELIZATION OF THE MOST EAGERLY AWAITED GAME OF 2015 — BATMAN: ARKHAM KNIGHT! Gotham City is in chaos as the criminal organizations run wild, seeking to fill the void left by the death of the Joker. When the Scarecrow threatens to unleash a toxin that will kill scores of innocents, the result is uncontrollable panic.
Marv Wolfman is one of the most acclaimed writers in the comic book industry, having written Crisis on Infinite Earths, The New Teen Titans, Batman, The Amazing Spider-Man, and Tomb of Dracula. His script work for the Epic Mickey 2 videogame was nominated by the Writers Guild of America for “Outstanding Achievement in Videogame Writing. His novelization of Superman Returns won the Scribe Award for “Best Adapted Novel,” and he wrote the official novelization for Crisis on Infinite Earths.

UPDATE:
Bleeding Cool have spotted a quote from Marv Wolfman over at his Facebook page: 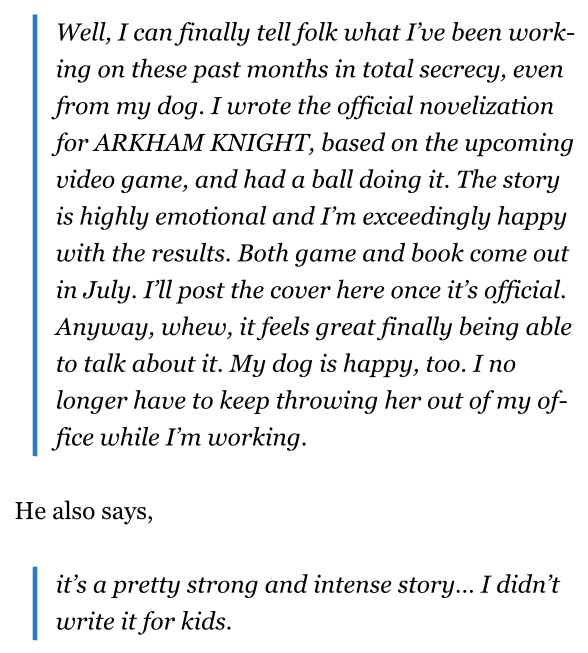 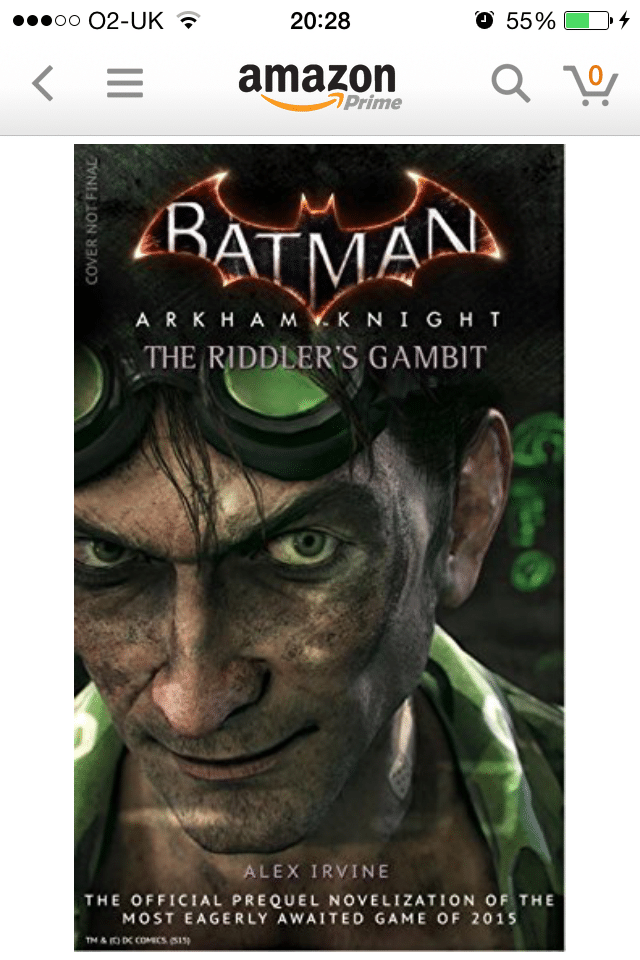 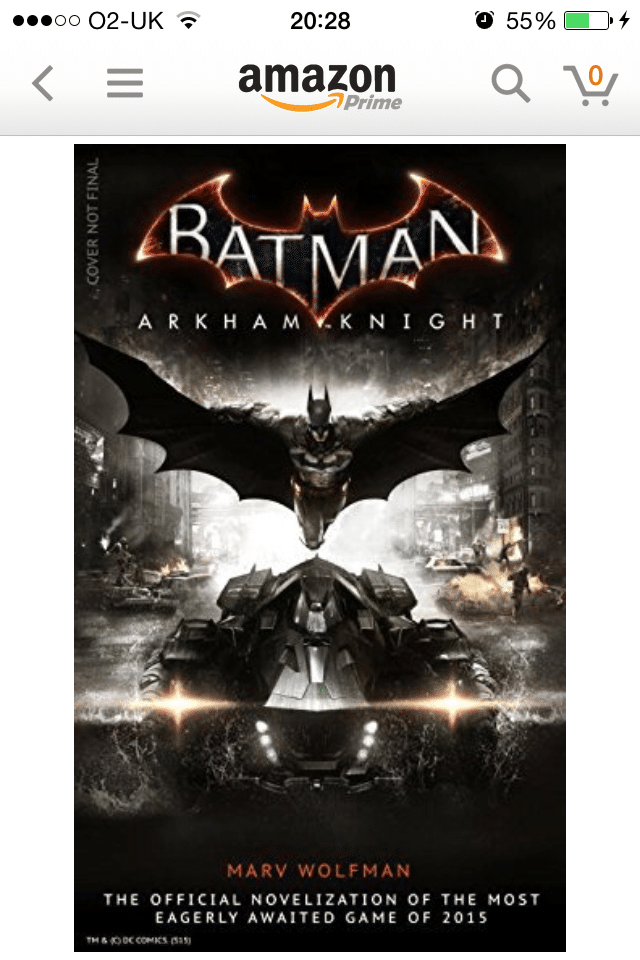